Creative workspaces are the latest strategy that companies are using to increase the productivity of employees. This is a unique approach that even giants such as Google seem to recognize as the way of the future. As jobs change to a more collaborative process, workspaces will have to adapt as well.

That is exactly the motivation behind the modern movement toward creative spaces in academic buildings. Schools want to inspire students to innovate throughout their careers—and as teaching practices shift, the buildings on campus will need to adapt as well.

One such school is the University of Kansas (KU), which hopes to inspire its students to build better businesses with Capitol Federal Hall. 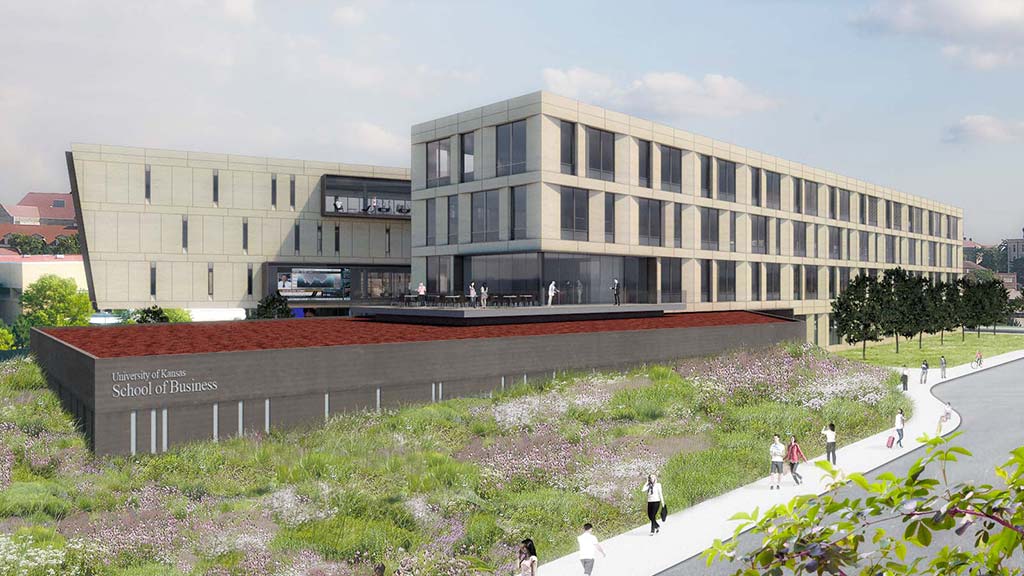 Although the exterior pays homage to the university’s traditions, the building’s interior is anything but traditional. (Image courtesy of Gensler.)

Not Your Average Academic Building

Capitol Federal Hall is the recently constructed building for KU’s School of Business. It’s taken a different approach to academic design—rather than creating an imposing and awe-inspiring university building of the days of yore, the school decided to put a focus on innovation, serendipity and the future of business.

These same principles generally form the foundation for today’s start-up businesses, so the building is designed to mimic the look of these spaces rather than traditional classrooms. 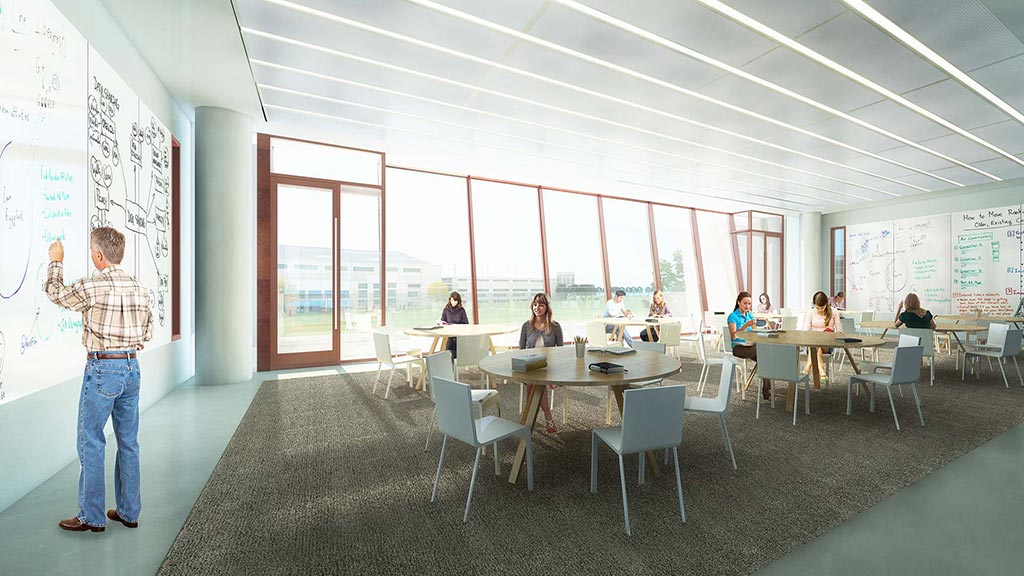 The hall encompasses four stories, which together include 20 classrooms, 205 offices, a 350-seat auditorium and additional labs and study areas. In a traditional academic building, these areas would be stacked so that students have access to the lower floors and faculty use the upper floors for offices. 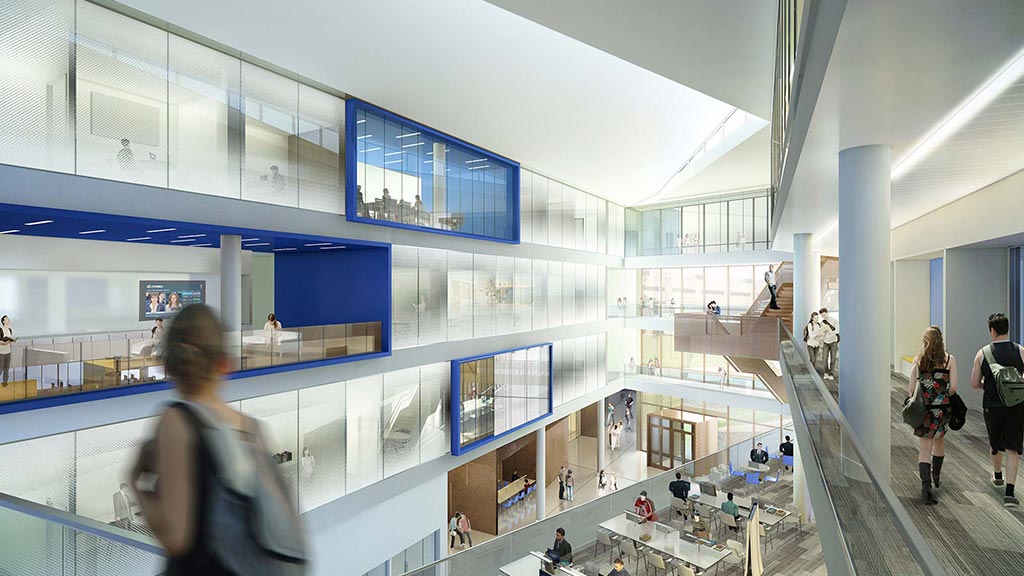 Offices and student areas are interspersed throughout the building. (Image courtesy of Gensler.)

In Capitol Federal Hall, however, the focus on collaboration and interaction means that the project’s architects decided to place these two groups side by side.

The architecture firm on the project, Gensler, is noted for its international incorporation of building information modeling (BIM) and its associated workflows—so it’s logical that the building is designed to inspire this same collaboration. 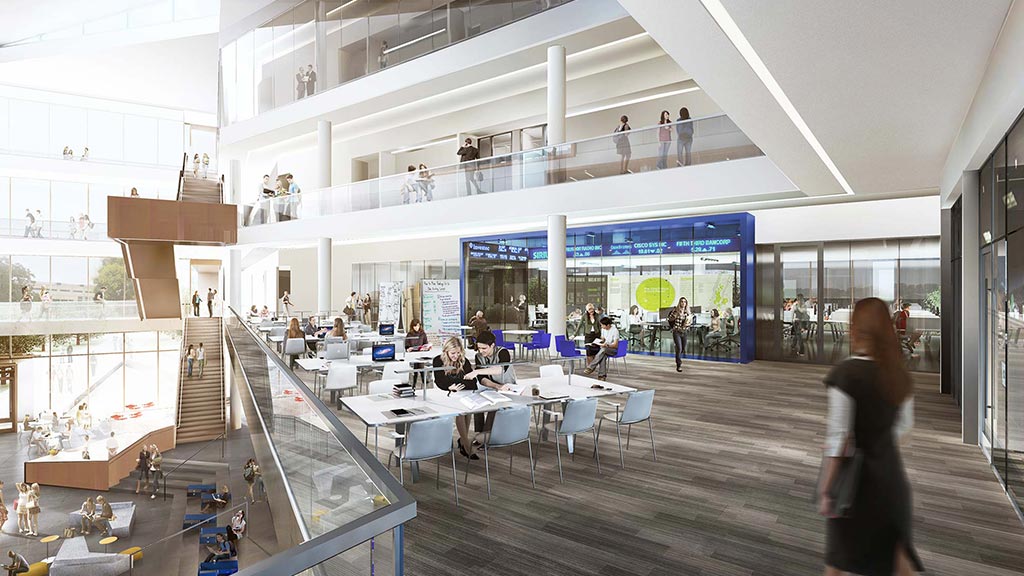 A view of the hall’s central area. (Image courtesy of Gensler.)

After all, today’s schools need to do so much more than support academics. They need to support an emerging, vibrant student culture with areas such as lounges, workspaces and even coffee shops—and, according to Gensler, they need to be able to get students engaged in a culture of entrepreneurship.

“We didn’t work with the university simply to design a new business school building,” explained David Broz, a principal and leader in Gensler’s Education Practice Area. “Together, we essentially started from scratch and incorporated faculty and staff, current and former students and even recruiting companies into a design to address what’s next in business.”

For more information, check out the Capitol Federal Hall website.