Making a Detailed Point Cloud Without Spending All Day on It

Point clouds are notoriously unwieldy things. With millions of individual points converging to create a model, it can be a time-consuming task to convert a point cloud into a usable rendering.

But what if it wasn’t so time-consuming?

One of the exhibitors at the SPAR 3D Expo and Conference 2016, GeoSLAM, has a software platform that promises to make point clouds much easier to work with.

Point Cloud Rendering on the Cloud

GeoSLAM’s software is designed to create and organize generic point clouds based on information gathered from a profiling laser scanner while reducing the time it takes to produce this rendering.

It’s intended as a tool for mapping the interiors of buildings to produce rapid as-built floor plans.

So how does it work?

Here’s a look at how it works:

This generic point cloud can then be imported and parsed using any kind of point cloud software, such as Pointools, ReCap and RealWorks.

Scanning a building’s interior to create a point cloud isn’t a new concept, but it’s a very useful one. As part of GeoSLAM’s exhibit, the company was showing off a point cloud rendering of the conference hall that it had created just that morning. 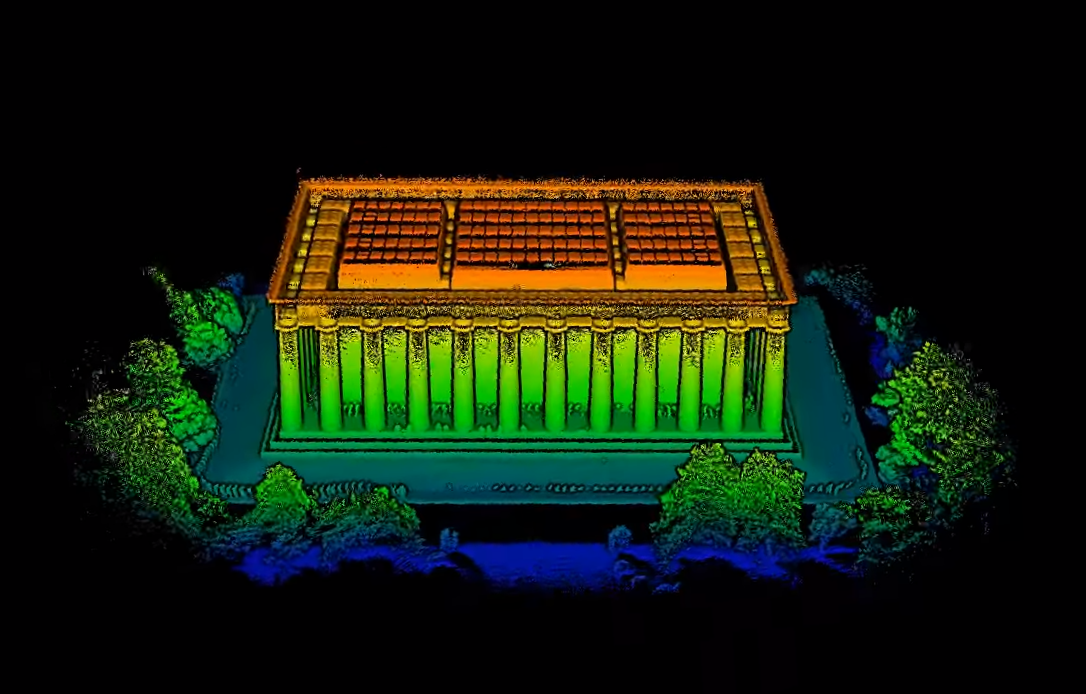 GeoSLAM did a project very similar to its scan of the conference hall using the Lincoln Memorial as a subject. The entire project only took a few hours. (Image courtesy of GeoSLAM.)