One of the biggest questions when it comes to historical sites and artifacts is that of how to preserve them for future generations. As they age, they begin to deteriorate and will eventually disappear altogether.

But what if we could preserve even those sites that are too large for a museum?

That’s the inspiration behind an ongoing mapping project from CyArk and Trimble: to document and preserve historical sites associated with the harrowing legacy of the trans-Atlantic slave trade. The effects of this era still ripple through our society, carrying with them tales of prejudice and violence—and even today, we still have much to learn from it.

The project’s goal is to create digital models of 10 cultural heritage sites, spread across western Africa and the Americas, using 3D point clouds generated by LiDAR and photogrammetry technology. These models will then be placed into a free online library for public access, much like the Smithsonian’s X 3D program. 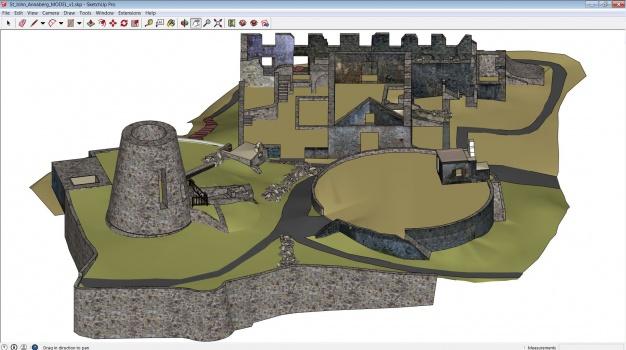 The Annaberg Sugar Plantation as a SketchUp model. (Image courtesy of CyArk.)

To create these models, Trimble’s 3D laser scanners document the structures on the site. The resulting point cloud data is processed in RealWorks and then stitched together with geographic information system data and photogrammetry captures.

The stitched data is then uploaded into the SketchUp drawing and modeling platform to create a fully rendered 3D model.

Finished models are visible on an interactive map of the world, which also includes data about the historical movements of slave populations.

Significant Sites for the Trade

The sites selected for the project were chosen for their roles in the trans-Atlantic slave trade prior to the American Civil War. So far, three have been documented:

Natchez, a river town in Mississippi, housed one of the largest slave auction sites in the U.S. prior to the Emancipation Proclamation in 1863. The Johnson House was selected as an illustration of the lives of the free African-American community in Natchez during the early 1800s, while the Melrose House demonstrated the daily lives of the enslaved. 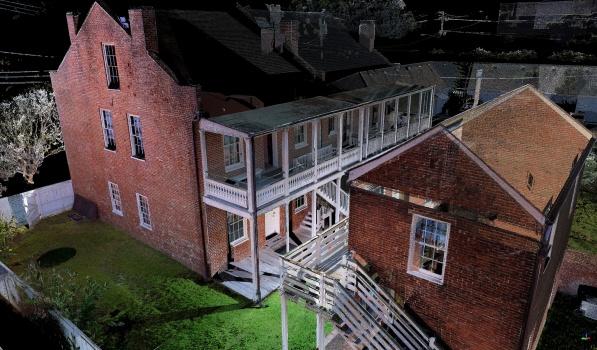 The Johnson House was recreated using point cloud data and photogrammetry to create this 3D perspective. (Image courtesy of CyArk.)

The Annaberg Sugar Plantation is an example of industrial agriculture from the Dutch colonial era, where captured persons could easily work 18- to 20-hour days during the sugar harvest. Despite brutal work in boiling-house furnaces located in sweltering tropical climates, the slaves at Annaberg produced 100,000 tons of sugar a year from 1,300 acres of land.

Cidade Velha was, according to UNESCO, the first European colonial outpost to be built in the tropics. It served as a hub along the primary trade routes between Africa and the Americas and was used as a platform for the trafficking of African peoples.

The project builds on the work being done by Professor Heinz Ruther of the University of Cape Town and the Zamani project, which aims to study and document the heritage of Africa and its peoples.

The digital preservation of these and other sites throughout Africa and even across the globe provides a new opportunity to study every facet of the sites and their cultural implications. It will also allow for free public access to historical sites and provide the basis of a standards-based curriculum discussing the individual sites and the slave trade in general.

For more information and to learn about the digital preservation project, check it out on CyArk’s website.